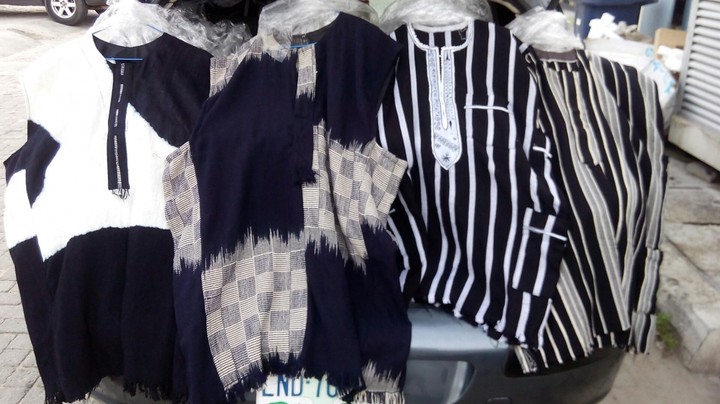 With a population of over six million people, the Tiv are one of the minor ethnic groups in Nigeria. The Tiv occupy both sides of the river Benue and are found in Benue, Taraba, Nasarawa and Plateau States in Nigeria. In Benue State, where their population is highest, they are the dominant ethnic group. There are a few native speakers in Cameroon, where, according to the folktale, they may have previously settled in their migration to the Benue valley.

The Tiv are considered great warriors, dancers and storytellers. German traveller, Leo Frobenius described them as ‘the best storytellers in Africa.’ The Tiv language, which belongs to the Benue-Congo branch of the Niger-Congo family, is a tonal language without dialects. This means that a Tiv here easily understands a Tiv elsewhere.

The Tiv people are headed by the Tor Tiv, the paramount ruler who lives and administers the people from Gboko. As opposed to the case in many tribes and ethnic groups in Nigeria, ascension to this seat of power is not hereditary.

Until 1948, when the British established this central authority figure, the Tiv had no paramount ruler. They lived in compounds headed by the oldest person. Some compounds formed clans and elders from these clans met and democratically made decisions that affected their portions.

The actual origin of the Tiv people lends itself to many theories. The Tiv say they descended from a man named Tiv, and that they migrated from the ‘south-east.’ There are several submissions as to where this take-off point was. The most popular version, however, relates them to the Bantu people who once occupied the Shaba area of Central Africa, now DR Congo. This version is backed by evidence of a linguistic relationship, among other things, between the Tiv language and the language of the Bantu people. R. C. Abraham once compiled a list of 67 Tiv words and compared them to Bantu Nyaza words. The similarities in both pronunciations and meaning were astonishing. This led him to conclude that the Tiv must have migrated from the Congo area.

Many Tivs are Christians and a much smaller percentage is Muslim. Despite the adoption of these religions, a large number of them believe in the manipulation of natural forces. Traditionalists call this Akombo and say it was given to humans by a creator god.

The traditional attire of the Tiv is decorated entirely with black and white stripes. This attire is called ‘Anger.’ White and black beads also form part of their native regalia.

Music and dance are a key part of Tiv culture. The Tiv truly define music and dance as forms of expression, blending their use as a means of communication with entertainment. The Tiv have an assortment of musical instruments such as the kakaki, akya, adiguve, indyer and gbande. They are regarded as excellent dancers.  At the Festival of 200 Dances of the Benue-Plateau State held in Jos in 1973, the Tiv performed fifty-four out of the one hundred and eighty-eight dances. Some Tiv dance forms such as the kwasekuhan and ivom were reserved for marriage rites.

Marriage in Tiv culture followed a rather peculiar order. These marriage types were outlawed by the British in 1927.  The first, called yamshe, was a marriage by an exchange.  A man in search of wife located another with the same want and they exchanged their sisters or daughters.

There was also the kwase-ngohol, also known as marriage by capture. Here, a wife was forcefully snatched from her husband by another man in want of a wife. The second type of this marriage, the Iye, described by Akiga as honourable marriage by capture, involved a young man who, in search of a wife, went to a different town with friends who had the same need. They lodged at the home of a man whose mother was from their place and scouted for unmarried girls. Once decisions had been made, the men began wooing the girls. This could last months and dances were an important part of this. Girls indicated their interest by dancing with these men. A man could return with a number of wives. The couples eventually eloped and the fathers or brothers of the girls were usually compensated with a girl.

Another type, marriage by purchase, called kwase u sha uikya by the Tiv happened when a woman was bought as a slave then married. The women were usually from distant clans.

The traditional type of marriage practised today is called the kwase-kemen. This involves the payment of bride price and was introduced when the British banned the other forms. The man continuously sends gifts to the bride’s family until they are satisfied. This is when he is called to come to pay the bride price. Today, men often pay the bride price after they have moved in with their wives.

The Tiv eat yam as a staple. It is eaten cooked or roasted. The skin of the roasted yam remains unpeeled until it gets in the plate to be eaten. The Tiv grow yam with dedication. In Nigeria, yam is almost ridiculously cheap in Benue State, where majority of them live.

They are also known for being particularly welcoming and hospitable to outsiders.

A National Youth Service Corps member in Plateau State made a Big Contribution to her place of Primary Assignment.