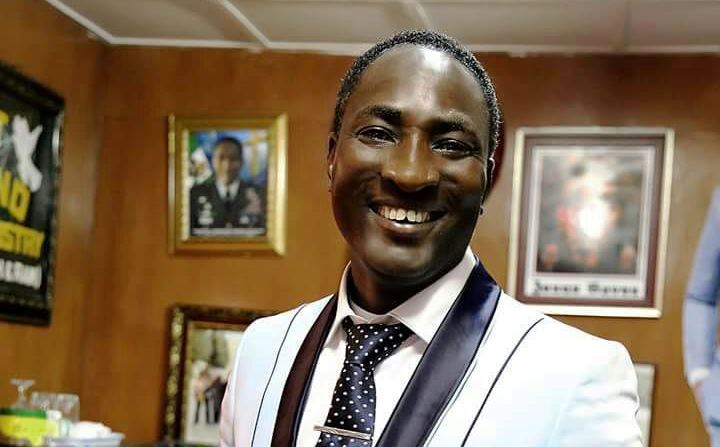 Jeremiah Omoto Fufeyin was born on February 15, 1972. He was raised in a polygamous home. His father is Late Pa. L.S.T Fufeyin of Ofonibidi, in Eguomo and Okosuzimo quarters in Ojobo, Burutu Local Government Area of Delta State. His mother is Mrs. Asetu Fufeyin (nee Boubeni), hails from the Asetu family of Medetu in Gbegbai quarters of Aleibiri in Ekeremor L.G.A of Bayelsa State. Jeremiah is No. 22 out of the 36 children given birth to by late Pa. Livingston Stevenson Toboukeyei (L.S.T) Fufeyin. He is the third child of his mother.

Coming from a crowded polygamous home, one would think that each child might not get to have a good life and enough attention but Jeremiah stood out with his passion, determination and ‘never giving up’ spirit.

As a relentless young man, he had ventured into many entrepreneurship vocations. Some experienced a huge success whilst it lasted and others collapsed due to mismanagement. All of this didn’t quench but rather fueled his drive to keep pushing. This made him quite popular in Delta and Bayelsa states respectively.

Amongst other businesses he did is one very much worthy of note. The young man embraced the GSM business to connect all the nooks and crannies of the riverine areas of Delta and Bayelsa States, thus opening up easy communication for his people. This hugely applauded initiative led to his becoming the first man to connect states in Nigeria and abroad from Ojobo town via GSM.

He got married to Anthonia Fufeyin and their marriage is blessed with four graceful children, Harriet, Kindness, Goodness, and Happiness.

He was formerly a member of Mountain of Fire and Miracle Ministries before he saw the vision to start his own church. This journey commenced with the rededication of his soul and body to God accompanied by serial fasting and prayers which eventually birthed Christ Mercyland Deliverance Ministry on April 3rd, 2010 with less than 12members. This formation is registered as a church with Nigeria’s Corporate Affairs Commission, Abuja.

The church is progressing with an increasing population of 15,000 dedicated members between 2011 – 2015. The glory of the Lord is evident in his church with several testimonies of deliverance, healing and salvation, and prophecies. Pastor Jeremiah recently became one of Nigeria’s great prophet for the accuracies recorded from his past prophecies in reality.

And till date, this ministry has since been liberating souls with much emphasis on God’s blessings.

A program is usually held in the church tagged “The Father’s Blessing” which has always experienced massive turn out of people. The Father’s Blessings relate things to God and it came after an action from the children of God. “No one works for God without receiving a blessing”, the Pastor would say with this back up from the Scriptures:

Jeremiah Omoto Fufeyin had announced that members should come to church with a sacrifice to receive from God. Just as the man of God explains, sacrifice breaks protocol; the father’s blessings need an action to cause a reaction. In obedience, it was practically seen in the service that brothers and sisters who brought their sacrifice received their blessings from God through his servant, the prophet. In this service, he gave out four cars, scholarship, and cash worth N2.6 million to attendees of the program and loyal workers of Christ Mercyland Deliverance Ministry (C.M.D.M).

Also, During the mid-year cross annual programme of the church, Pastor Jeremiah gave out 5million naira to the artistes that came to perform in the program. He said the hand of generosity extended towards them was not to only appreciate their dedication and committed to the work of God but to bless them spiritually and financially with #500,000 (Five hundred thousand naira) cash each as instructed by God.

In another edition of the program tagged “The Father’s Blessings”, it was heard that Pastor Jeremiah had announced earlier that members of the church should endeavor to attend the program as a sum 10million naira cash gift will be given out in the course of the service. This led people to troop into the program.

Theresa Moses, the Church’s Public Relations Officer, said Prophet Omoto-Fufeyin speaking in the course of the program explains that sacrifice breaks protocol; the father’s blessings need an action to cause a reaction.

In his words “A sister to the wife of a top politician in Nigeria challenged my God that if she is able to get married, pledged to give my God the sum of N10,000,000 million naira. I also promised that when she fulfills her vow I will share the money among members of the church.

“My God answered her and she got married. When it was time to redeem her vow she said until she gets pregnant. I called upon my God and He answered me. She got pregnant and delivered successfully like a Hebrew woman. She came to testify to what God has done but refused to fulfill her vow”.

Reading from the Book of Ecclesiastes 5:5 NIV which says: “It is better not to make a vow than to make one and not fulfill it. Since the woman refused to fulfill her vow, I decided to fulfill my own pledge because my God has blessed me more than N10, 000,000 million naira; money is not my problem”.

The money, according to Theresa Moses, was distributed through the scratch card which implies that What you scratch is what you win. Workers of the ministry were exempted from participating in the exercise. After distributing the scratch card for almost two hours, over 405 persons got cash gifts in naira and dollars while others were; Go to the mountain, you’re victorious, be prayerful, amongst others.

All these and much more are the great works this Pastor and Prophet has done to the glory of God and fulfillment of the Scriptures. Today Pastor Jeremiah is not celebrating a destination but a journey.

Nigerian Clerics Reach Out During The Festive Period

Nigerian man Remembers Woman who Gave Him Free Food, Gifts Her a House

Kind Man Surprises Stranger with N15,000 after He Expressed His Desire to See His Family