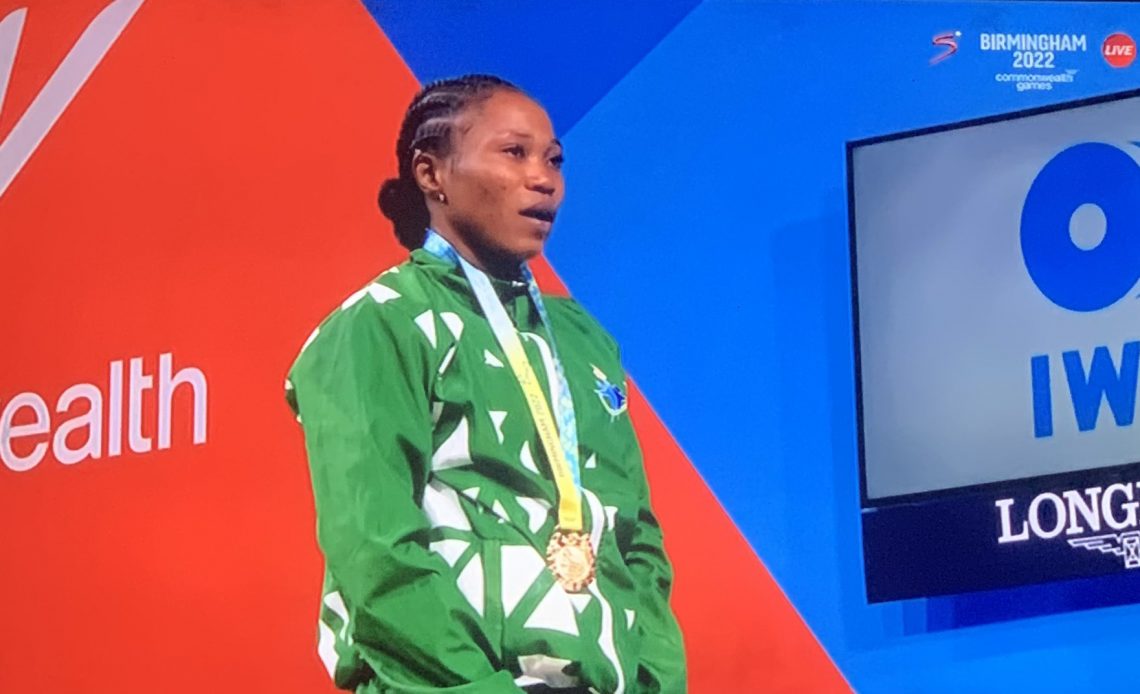 Following how Tobi Amusan broke two world records in one day and her name hasn’t left the mouth of everyone, other Nigerian women in the sports and fitness sector have been showing off that energy. It became like Tobi Amusan’s win was all the push they all had been waiting for to give their dreams the best shot and come to the spotlight.

It was noted that Adijat came under pressure but she survived to clinch gold. It’s safe to say, first, it was Silver; now, it is Gold. We celebrate tenacity and resilience.