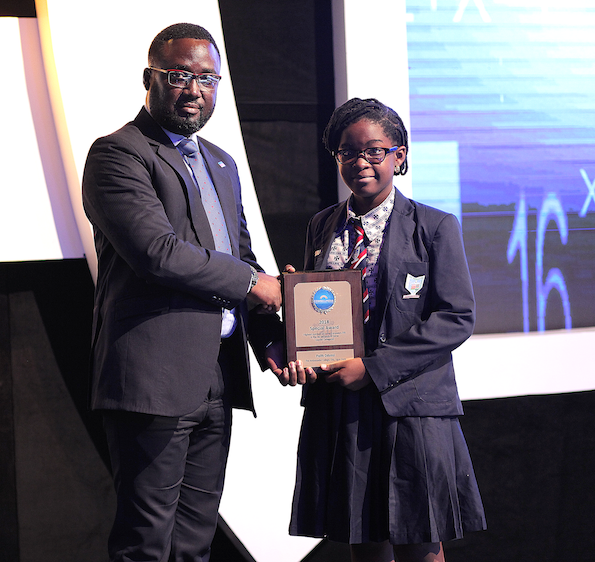 Cowbellpedia Secondary Schools Mathematics TV Quiz Show is a Nigerian national mathematics television quiz show that debuted in 2015. It was created by Oladapo Ojo. Based on Year 9 and 10 mathematics curriculum. It was developed by JustMedia Productions of DM Holdings Limited.

In 2017, an amazing record was set by Emmanuel Mebude, a student of Ogunlade Memorial Secondary School, Surulere, Lagos, who answered 17 questions in the 60 Seconds of Fame segment of the competition. He literally became the talk of the world at the brainiac performance.

In 2018, Faith Odunsi of The Ambassadors College, Ota, Ogun State, solved 19 mathematics questions in the same 60seconds, in that segment to qualify her for the semi-final stage of the annual edition in the junior category, group F, that year beating Emmanuel’s former record hands down.

This brand asset of Cowbell milk and Cowbellpedia champions has consistently placed Nigeria on the global map. This initiative has awakened the excellence giant in young Nigerians, produced champions that we never thought existed and heroes who would not hesitate to always dare their dreams. According to information from the National Mathematical Centre, Abuja, Cowbellpedia champions are among the top 10 competitors in Mathematics competitions around the world.

It’s a beautiful time of life to be a proud Nigerian.