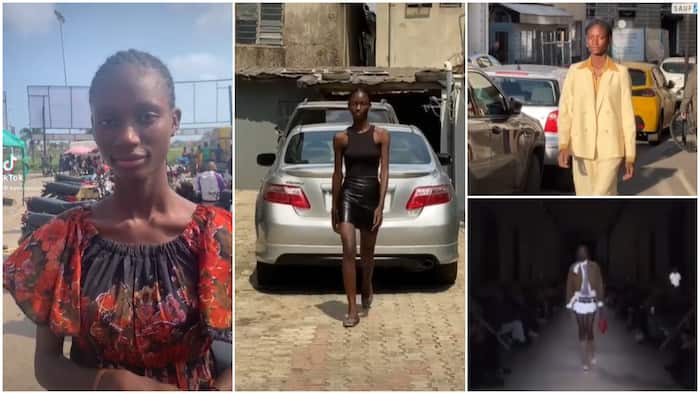 A young Nigerian lady identified as Deborah Akanni has made a lot of progress in her modelling career despite starting small.

A viral video showed how the lady started cat-walking in her compound before she went abroad.
Many Nigerians who watched her video and saw how Deborah professionally grew celebrated her success

Deborah who has an athletic physique has been brought to the limelight on the international modelling scene.

The lady used to model on TikTok before her big break.
In a video posted by her manager, Ikechukwu Urum, a collage of the lady’s journey was shown.

On seeing the video, many people on social media celebrated her
She went from the local level to the international scene.

In the video, the girl was filmed with many bikes in the background. Another part has her in a fitting black gown as she walked like a professional model toward the camera.

The other part of the video showed her modelling in much finer clothes abroad.