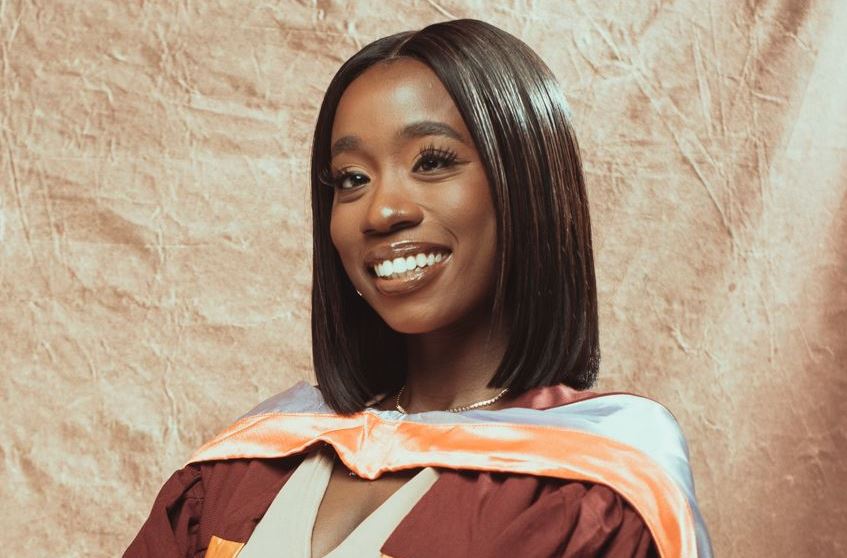 Her good feat earned her a job at Boston Consulting Group where she works as a Business Analyst. Adewumi is also a recipient of multiple awards and 11 scholarships.

Seyi shared her excitement on Telegram, she said;
“Breaking a 59-year record as I emerged as the First Female to graduate as both the Best Graduating Student in Civil and Environmental Engineering and the Overall Best Female in the entire Faculty of Engineering from my department at the University of Lagos remains the humbling moment of my convocation from the University of Lagos.

Indeed, God has been undeniably good to me as I was able to achieve the following between 2015 – 2021 of my undergraduate studies:

BSc Civil and Environmental Engineering (First Class Honours) with a CGPA of 4.84
The Best Graduating Student, Civil, and Environmental Engineering
The Best Graduating Female, Faculty of Engineering
Earned 11 scholarships and awards
Co-organized the largest national tertiary design competition, led my department and faculty as an executive, and won two National design competitions
Immediate resumption at my new job Boston Consulting Group (BCG)
My sincere gratitude goes out to EVERYONE I met during my 6-year journey. Despite the several hurdles, God strengthened me to see the light at the end of the tunnel. Keep pushing and don’t stop trusting God.”