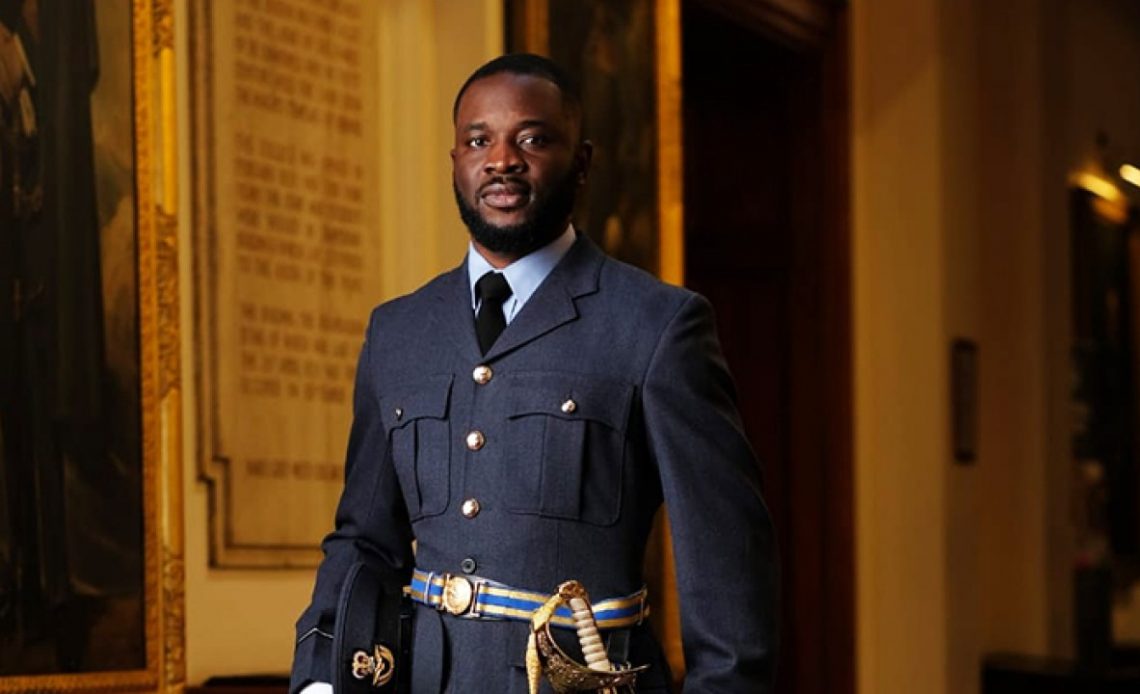 Joel Eleojo Adams is a native of Abejukolo in the Omala Local Government Area of Kogi State, Nigeria. As a focused youth, he has beam light on our developing nation by lifting our name as he rose to the rank of a flying officer in the British Royal Air Force.

He is a graduate of Niger Delta University where he bagged First Class in Electronics and Electrical Engineering. This qualified him for a scholarship to the United Kingdom for his Master’s degree, courtesy of the former President, Goodluck Ebele Jonathan Scholarship for Innovation and Development.

Joel had his Msc. in Imperial College, London, U.K. and proceeded for his Doctorate degree at the University of Cambridge in London where he specialized in Industrial Systems and Manufacturing Engineering.

The way he channelled his energy, experience and expertise towards the development and advancement of Aero-Systems, Manufacturing Engineering and innovation earned him the honour.

The Queen of England, Queen Elizabeth, was seen at the commissioning event as she decorated him. This honour didn’t only confer him as the first Nigerian Non-British to be commissioned Aero-systems specialist but also earned him a British Citizenship.

We celebrate this prowess.