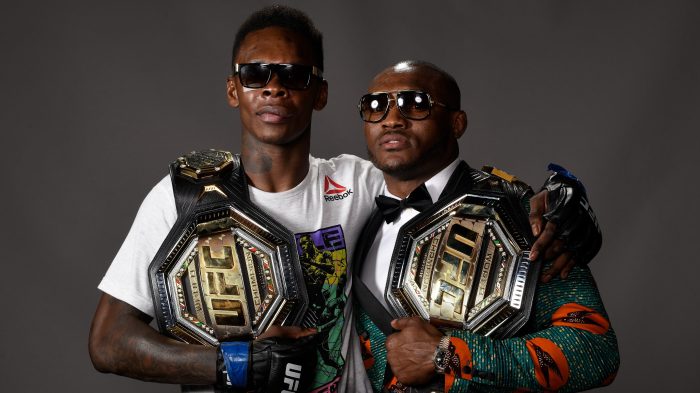 Holding the baton in different fields of life is one interesting view Nigerians has created over the years.

On the sports field, some Nigerians abroad have made the country proud by topping the Ultimate Fighting Championship (UFC) record.
One of such top UFC record-maker is Kamarudeen Usman, the UFC’s welterweight Champions.

History has it that Usman is the first-ever Nigerian born champion in UFC and holds number 5 in the UFC men’s pound-for-pound rankings.

Another top UFC champion is Israel Oluwafemi Adesanya. He holds the middleweight champion on UFC records.
He is a Nigerian based in New Zealand. He is fondly called last Stylebender. He is also a professional mixed martial artist and has fought with the likes of Robert Whittaker, Kelvin Gastelum, Anderson Silva, Derek Brunson (and serval others) to success.

His kickboxing record shows that he has won 75 times knocked out 3 times and has suffered 3 losses.