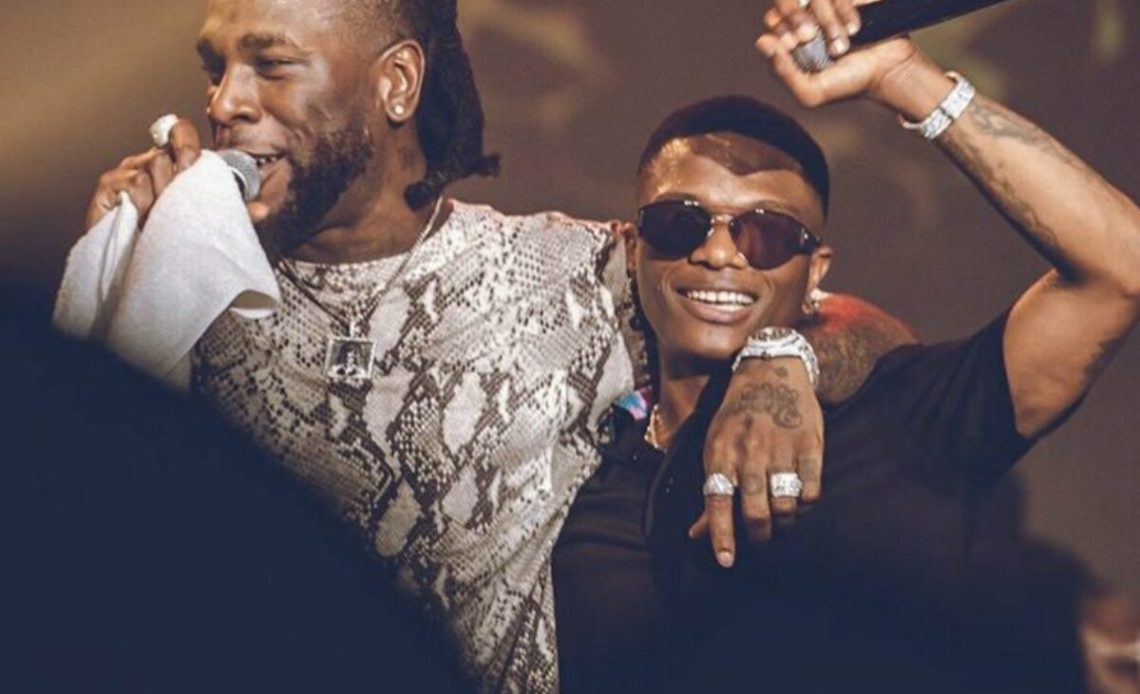 Nigeria’s mellifluous singers identified as Damini Ogulu (Burna boy) and Ayodeji Ibrahim Balogun(Wizkid) kept social media buzzed at their new status as Grammy winners.
Burna boy was awarded in the category of Best Global Music Album, for his album titled, “Twice As Tall” while Wizkid was awarded the category of the best music video of his song, titled, “Brown Skin girl”

Their win got the attention of people from all works of life.

Here’s Atiku Abubakar congratulatory message to Wizkid
“I am delighted and proud as a Nigerian at Wizkid’s Grammy win. Wizkid is the epitome of talent that abounds in Nigeria. Congrats @wizkidayo

Femi Kuti also took to his Twitter account a congratulatory message to Burna Boy on his win. He simply wrote, “Congratulations @burnaboy.”

To Wizkid, a Nigerian activist by the name Runo wrote “Starboy, we call you number one! Wizzy baby! Machala of Africa. My President on #GRAMMYs.”

The Nigerian government was not left out in the chain of approbatory messages. Lai Muhammad the information’s minister described the much-deserved awards as fitting rewards for the persistent hard work of the duo. He also said the award is a plus to the Afrobeat genre of music that has propelled Nigeria’s increasing dominance of the music world.