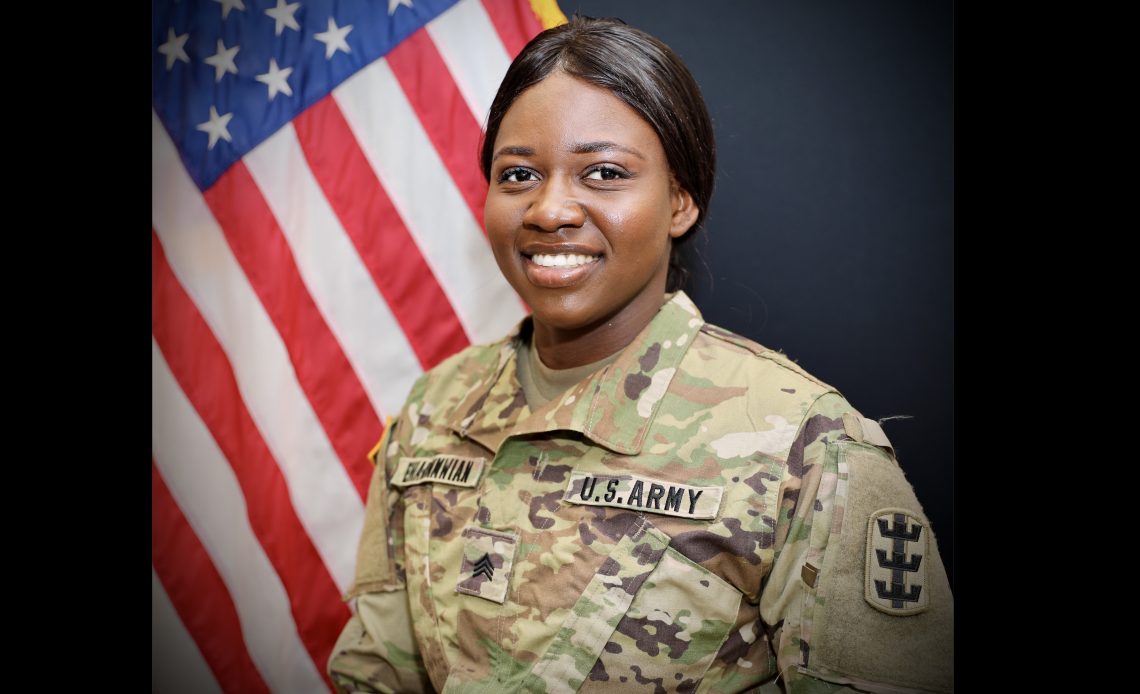 Born in Nigeria was little Mary Ehiarinmwian, who later immigrated to Germany in 2016.
Her kind gesture towards an accident victim, who identified as the 523rd Engineer Support Company at Schofield Barracks, Hawaii was from her unit, made her win the USO award of 2020.

kind-hearted Mary was on her way for physical training (PT) when she witnessed the accident. Unlike many others who would have loved to keep their time for training, Mary stopped for the rescue of an unknown citizen.

Her award was published by Hiram Figueroa on LinkedIn. He said,
“In June 2020, Ehiarinmwian witnessed a vehicle flip over in front of her and land on its roof. Unknown to her at the time, the driver was another soldier from her unit, the 523rd Engineer Support Company at Schofield Barracks, Hawaii.

“Ehiarinmwian immediately pulled over and approached the smoking vehicle. She freed the driver and pulled him to safety, where she kept him stable until EMS arrived. The driver survived with minor injuries.

“While Ehiarinmwian viewed her actions as something that any soldier would have done, her leadership believed she deserved recognition. Several months later, Ehiarinmwian received a call from the Sergeant Major of the Army informing her she was selected as the USO’s Soldier of the Year 2020.”

She was awarded to promote seeds of kindness in the land