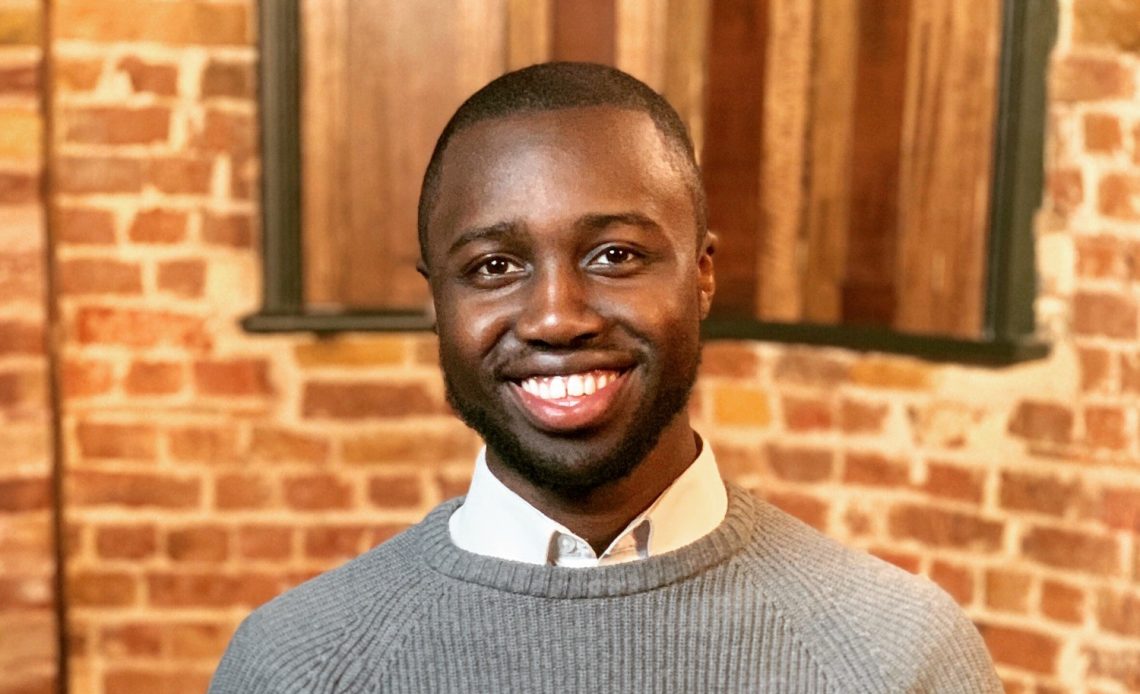 London-based Royal Academy of Engineering was built to harness the power of engineering and technology to build a sustainable society and an inclusive economy that works for everyone. They do this by helping engineers and policymakers to create systems and solutions to address the climate crisis and support more sustainable use and management of natural resources.

One of the ways the Academy does this is by giving out Young Engineer of the Year awards to those who have demonstrated excellence in the early stage of their career. Supported by the Worshipful Company of Engineers, the Royal Academy of Engineering selects five Young Engineers who qualify for this each year. First Class Mechanical Engineering alumnus, George Imafidon has been named one of the recipients as well as the overall winner. Each recipient would receive £3,000 from the Academy. As the overall winner, George gets to receive an additional recognition of the Sir George Macfarlane Medal.

Some dignitaries speaking at the awards event:

Professor Nigel Titchener-Hooker, Executive Dean of UCL Engineering, said, “These are hard-won accolades and speak to the brilliance of the student whilst reflecting on the education and insights they have received. I know all of the staff and students across the faculty will join me in congratulating George for this tremendous achievement and for raising our expectations and aspirations still higher.”

Professor Yiannis Ventikos, Head of UCL Mechanical Engineering, added, “I speak for the whole department, and for UCL Engineering in general, conveying my most heartfelt congratulations to George for this totally deserved recognition. From his student years and beyond, George has made us all very proud, championing the open, inclusive and world-changing engineering that the world so desperately needs. From all of us, congratulations George!”

George is now a performance engineer with Sir Lewis’ Team X44 which competes in the world’s most remote locations as part of the Extreme E electric racing series. He is also the co-founder of award-winning app Motivez, which works to improve access to STEM careers for 14 to 25year olds from underrepresented backgrounds through coaching, career development programmes and events. So far, the platform has directly supported over 8,000 young people in their chosen careers.

Expressing how he felt about it all, George said:

I’m truly grateful to have been named a Young Engineer of the Year and to have also won the Sir George Macfarlane Medal. Sir George was an engineer, public servant and one of the founding Fellows of the Royal Academy of Engineering so it was a big deal to meet the family and be entrusted with building on his legacy.

One of the biggest barriers to STEM, and engineering more specifically, is finances. With the prize money, I’ve committed to building on Sir George’s legacy immediately by using this funding to invest in our Motivez programmes and in supporting young people in Nigeria in STEM. This is to empower the next generation of engineers that really needs the support.

He also acknowledged that and I quote, “I wouldn’t be here without the community that helped me with my first bike, karting membership and studies, and I’m doing my part with Motivez, the Co-op Foundation, Amos Bursary and Mission 44 to make sure that we reduce even more barriers for young people.”