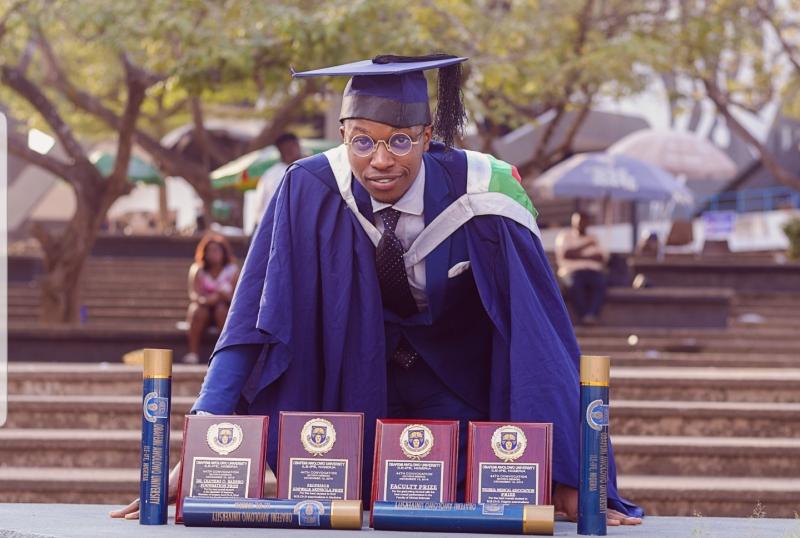 The rigour and high demand for hard work coupled with determination is one of the reasons why the likes of Opafunso Iyanuoluwa requires praises to be sounded home and abroad. Opafunso was able to pull through the gigantic walls of medical courses to an applaudable success.

He is an indigen of Osun state whose miraculous birth earned him the name “Iyanuoluwa” meaning “God’s miracle”. He is the last child of a retired mathematics lecturer of Osun state polytechnic. And his Mum is a retired secondary school teacher, so education was no stranger to their door(family).

Opafunso was among the best out of best that was admitted to study medicine at Obafemi Awolowo University (OAU).
During his primary school days, Opafunso came out last in his class but with the help of his friend in Primary 3, he was able to discover himself and that made him come out first in that same class.

Opafunso became addicted to success. He made a distinction at all levels of medical school.
“I’m not a genius. I am a product of God’s grace, diligence and hard work” Opafunso said.

He was inquisitive. He had 2-3 senior student who kept him abreast of what the next level entails. Adding to his inquisitive nature was 6 hours of daily study. In 400l it reduced to 3-4 hours due to the high demands of clinical.

He was awarded the prize for the Best Graduating Medical Student of the Faculty, Nigerian Medical Association Prize, Professor Adewale Akinsola Prize for the Best Student in Medicine, Dr Olurotimi Badero Foundation Prize for the Best Overall Student. He also won the Final Year service award of which was a voting category. He emerged as the winner of the maiden Medicus Interschool quiz competition hosted by OAU, amongst several other awards.

Adetunwase Adenle- The Only Nigerian with Four Guinness Records

An Ambassador Student Wins Cowbellpedia Competition For The 2nd Time