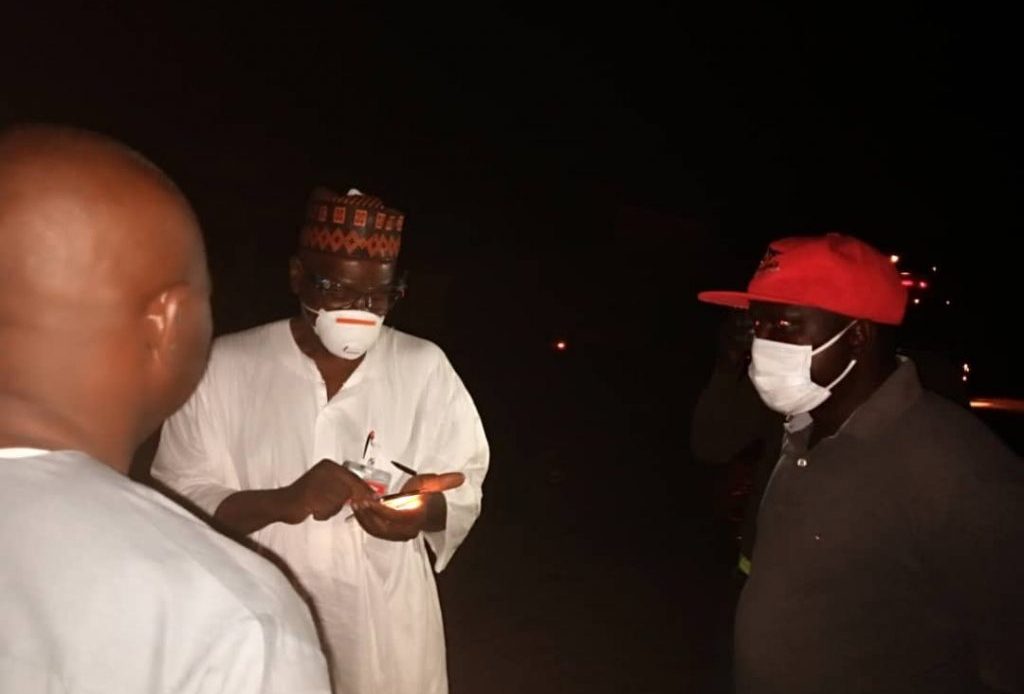 Governor AbdulRahman AbdulRazaq captured on tape in the middle of the night alone at the scene of fire outbreak at NTA Ilorin, Fate road.

The governor who drove himself to the scene around 1:00 am this morning for on the spot assessment after receiving an emergency message;

“NTA Ilorin on Fate Road is burning right now. is there anyone with the number of Kwara State Fire Service? The Federal Fire Service is already overwhelmed.”

Kwara state fire service was on the ground already at the arrival of the governor, who was without his ADC, driver nor any other security detail but himself to the admiration of staff of NTA and firefighters and onlookers.

The governor commended the state and federal fire service on putting out the fire on time and said they’ll continue to have his support.

Though no live was lost according to sources, valuable items were reportedly destroyed.

Recall the state fire service have enjoyed the support of his excellency since he came on board by rehabilitating their building, procurement of vehicles, trucks and safety equipment.

The governor has once again shown why he is loved by Kwarans and shows his personal safety is second to that of Kwara state indigenes, residents and their property which he swore an oath to protect and secure at all times.

Kwara is indeed blessed to have him at this critical time of our dear state and country!