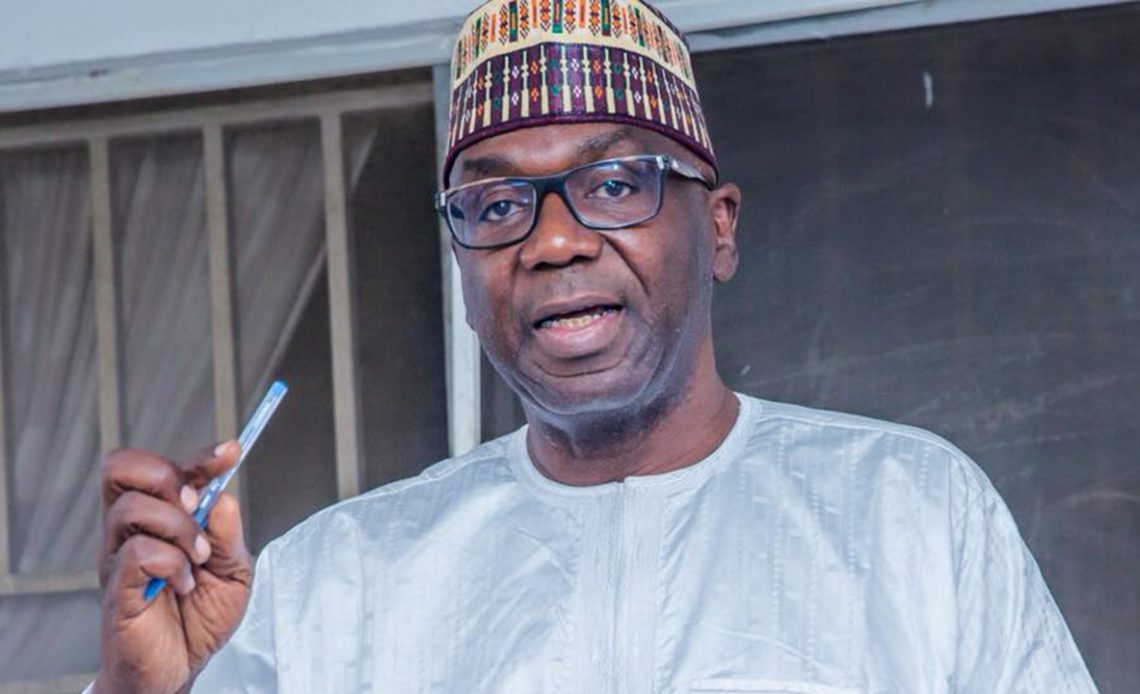 Kwara State Governor AbdulRahman AbdulRazaq has said local communities would have the option of nominating trusted indigenous contractors to fix their schools and hospitals while government funds the projects.

The contractors so nominated would be picked only after going through the government’s procurement processes as spelled out under the law.

AbdulRazaq said the government has recently retooled the 2019 budget to focus on rebuilding basic infrastructure such as township roads, schools, hospitals and toilets to tackle the menace of open defecation.

“For each community where we want to rebuild the schools or hospitals, we want to use the local contractors from those communities, so that we have trickle-down effects and regenerate the economy by investing in the economy,” AbdulRazaq said in Kaiama town late Tuesday on a tour of public facilities in the northern senatorial district.

He visited communities like Gwaria, a major hub for yam flour production in Nigeria; Junga Aboki; and Kaiama town — all in Kaiama local government area of the state.

“When we got in we realized that there are big issues with our roads, hospitals, and schools, they are practically down, and I am here to make sure I understand in full the problems with all the hospitals and schools,” he said.

“They all have peculiar problems…We have seen the different challenges in different hospitals and schools and we are going to make sure that the right people are used in order to reposition the hospitals and the schools.”

The governor said while his campaign thrust of development and change remain valid, he is constantly rejigging the campaign promises to reflect the realities of Kwara he now sees, especially because basic infrastructures for education and health are almost non-existent and must first be put in place before other things.

AbdulRazaq suggested that government would provide the prototypes and the standard of the schools or hospitals to be built while local communities would engage contractors to fix them under strict monitoring — a strategy expected to engender community participation in project execution, empower local contractors, ensure community ownership of public infrastructure, and increase the purchasing power of the people.

He said Kwarans would start seeing more infrastructural development and better government’s presence across the board once the reviewed budget is passed in the coming months.

The governor, meanwhile, has ordered the site engineer handling the Kaiama Water project to fix the facilities within one month or be sacked.

AbdulRazaq handed down the directive when he visited the facilities in Kaiama town, warning that he would always personally keep a tab on projects funded with taxpayers’ money through unscheduled visits.

He said his visit to the town has revealed that claims about Kaiama water projects progressing as scheduled were not true, warning that his personal tour of facilities was meant to know the truth about their exact situation.

The Emir of Kaiama, Alhaji Umar Shehu Mu’azu, had earlier told the governor that the engineer had been sabotaging the project despite getting money from the government and the community.

Mu’azu also urged AbdulRazaq to prioritize roads in the agrarian axis, especially Kishi Kaiama Road, commending him for approving the construction of the Kaiama township road.

The Governor said he has taken up the matter with the Federal Government, adding however that his administration might report the contractor employed by the previous administration to the anti-graft agency for collecting at least N1.1bn to fix a segment of the road without any result.

AbdulRazaq said the action of the contractor was a setback for the road as the Federal Government would not release further funds for the road unless it is satisfied that the one released had been properly utilized.

He also said the administration is discussing the Kosubosu-Kaiama-Bode Sadu road with the Federal government but added that the state might seek alternative funding for the huge project to hasten its construction in the next four years and then apply for refunds.

This means that all Local contractors should dust-up their Company Profile and documents and prepare to get busy!

Governor AbdulRahman AbdulRazaq's Achievements in the Ministry of Water Resources