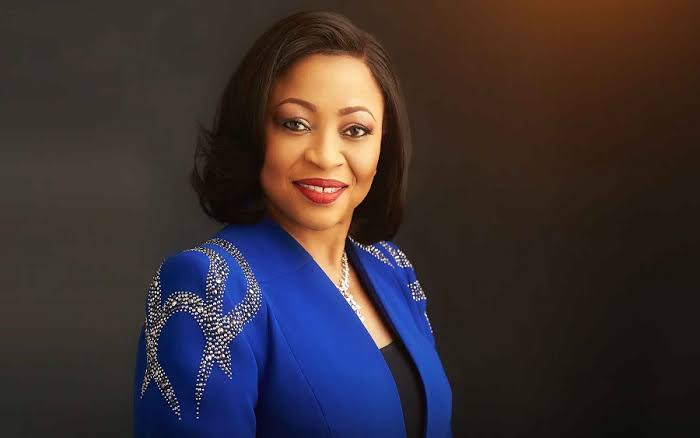 Folorunsho Alakija is a billionaire businesswoman who has her worth in 1.5b US dollars. She is a multi-blessed woman who has succeeded in all she has ventured into all her life. She is a philanthropist who has helped widows and orphans through scholarships and business grants. She has also encouraged education by sponsoring bursary and agbami scholarships for undergraduates.

She is an embodiment of beauty and brain. She is a bold and fearless woman who has used this unique characteristic to fight for her right till victory is proclaimed. She is a focused individual with foresight which has earned her numerous feats in life and career. In her words, “I did not start from here, I started on a small scale. When I was working for someone else, I spent my weekend buying and selling. I sold jewelry. I sold scarfs…” She is a goal-getter who pursues her interests with doggedness. She is a multiple Author and an Award-winning personality.

She is a Christian by the new-birth experience in the year 1991. She is passionate about spreading this good news. As a means to effectively propagate the gospel, she and her husband started reaching out to people by means of a House fellowship which has now graduated into a ministry with “Rose of Sharon Glorious Ministry International” as the domain name.

Folorunsho Alakija was born on the 15th day of July 1951 to the family of Chief L. A. Ogbara in Ikorodu, Lagos State. She was from a sizable family due to her father, Chief L.A. Ogbara, having been married eight times and fathering 52 children. Alakija was her father’s second surviving child and her mother, a fabric merchant, was her father’s first wife.

Alakija had her nursery education at Our Ladies of Apostles School, Lagos between 1955 – 1958. At age 7, she traveled to the U.S. and had her primary education at Dinorben School for Girls’ in Harfoclunos Hall, Llangernyw, Wales between 1959 – 1963. She returned to Nigeria where she continued her secondary education in Muslim High School, Sagamu, Ogun State. She went back and proceeded for university education at Pitman’s Central College, London where she studied secretarial studies.

Furthermore, she bagged a degree in Fashion Designing much later at the American College and Central School of Fashion to complement her interest in Fashion.

In all, she has 8 Honourary degree awards from universities in Nigeria and the United States of America.

Alakija started her career in 1974 as an executive secretary at Sijuade Enterprises, Lagos, Nigeria. She later moved to the First National Bank of Chicago now First City Monument Bank(FCMB) where she worked for some years before delving to pursue her interest in fashion leading to the establishment of ‘Supreme Stitches’ which rose to limelight within few years of operation before the name was changed to Rose of Sharon House of Fashion till date.

Not long after, Alakija became the National President and an important member of the Board of Trustees, Fashion Designers Association of Nigeria. She has since left an indelible mark on Nigerian culture promoting fashion and style via this medium.

In 1993, she applied for the allocation of an Oil Prospecting License(OPL). She was granted the OPL to start exploring oil on a 617,000-acre block located in the Agbami Field of the central Niger Delta.

1n 1996, she went into a joint venture with Star Deep Water Petroleum Limited and she later appointed Star Deep as the technical adviser for the exploration of her license.

Folorunsho Alakija became the first female Vice-Chancellor in the history of Nigeria at the Osun State University on 9th March 2016.

Alakija is married to Modupe Alakija of the Adeyemo Alakija family in November, year of the Lord, 1976. They have since been blessed with four sons and grandchildren. She resides in Lagos with her immediate family.

Deals in classy wear for both genders.

It was founded in 1991 and named the largest Nigeria owned exporters of crude oil in Nigeria.

– Rose of Sharon Prints and Promotions

Deals in the customizing of shirts, towels, bedsheets, uniforms, table cloths, and other clothing.

A real estate company where Alakija operates as the Vice-Chairman.

According to Forbes, a global media company, focusing on business, investing, technology, entrepreneurship, and leadership:

– In 2015, Alakija ranked the second most powerful woman in Africa.

Folorusho Alakija has authored many books that have touched lives where her feet or presence can reach.

– University of Marriage: Your Textbook for a successful marriage.

– Growing with the Hand that gives the Rose

– The cry of widows and orphans

– Folorusho Alakija Speaks: An inspirational book for all

– Wish for it? Pray for it (Scriptures for Wives)

– Wish for it? Pray for it (Scriptures for Husbands)

– Window shop for your Spouse