#ENDSARS: The Good Amidst the Protest 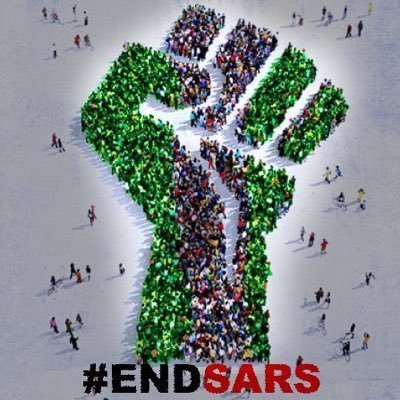 As much as critics are, towards the ongoing ENDSARS protest, there are still some hidden roses amidst the forest called Protest.

It’s sad that lives were lost, properties damaged but in all of it, there are some golden treasures in the stones of the protest. The protests brought a display of unity in diversity as Nigerian youths were able to raise funds for an elderly woman who sold groundnut at the protests gound. A tweet post @sama_on_point reported that, on the 15th of October 2020, Nigerian youths donated 2 million to a groundnut trader at Lekki toll gate.

Another striking beauty of the “ENDSARS” protest, was the demonstration of love towards a fellow protester with a limb.
“My hero for today was this lady. She walked all through the protest #Endsars,” posted by a Twitter user identified as Jonathan Odoba. His tweet was reposted by @ Aproko_Doctor who solicited for funds for Miss Jane Obiene. He said, “This is Jane. She’s been unemployed since 2013 partly because of her disability, she came out in the #EndSARS protests and we need to help.“Please click the link below to donate to this, if you can’t donate, please RT, someone might see it on your TL,” Aproko Doctor tweeted. In less than an hour, 1 million was raised.
As of 7 am on Monday, 1376 people have donated over ₦7 million to buy Obiene a prosthetic leg.

The humility of celebrities was brought to the scene as top Nollywood actresses identified as Omoni Oboli, Chioma Akpota and Ufoma McDermott were seen at the protest ground frying puff puff.

The unity displayed by Nigerians all over the country, make it true that we can be united towards a goal.

See Why Nigerian Man was Celebrated in Germany

Nigerian Commissioned as 2nd Lieutenant of the United States of America